This is the research area of the Cassia.org website.
Information is largely searchable at PubMed.

This is Cassia.org’s research area.
Information is searchable at PubMed. 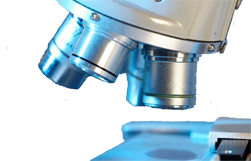 Oxidative stress in health and disease: the therapeutic potential of Nrf2 activation.

Abstract
For the past 40 years or so, oxidative stress has been increasingly recognized as a contributing factor in aging and in various forms of pathophysiology generally associated with aging. Our view of oxidative stress has been largely “superoxide-centric”, as we focused on the pathological sources of this oxygen-derived free radical and the types of molecular havoc it can wreak, as well as on the protection provided by the antioxidant enzymes, especially the superoxide dismutases, catalases, and glutathione peroxidases. In the last decade our view of oxidative stress has broadened considerably, and it is now often seen as an imbalance that has its origins in our genes, and the ways in which gene expression is regulated. At the center of this new focus is the transcription factor called nuclear factor (erythroid-derived 2)-like 2, or Nrf2. Nrf2 is referred to as the “master regulator” of the antioxidant response, modulating the expression of hundreds of genes, including not only the familiar antioxidant enzymes, but large numbers of genes that control seemingly disparate processes such as immune and inflammatory responses, tissue remodeling and fibrosis, carcinogenesis and metastasis, and even cognitive dysfunction and addictive behavior. Thus, the dysregulation of Nrf2-regulated genes provides a logical explanation for the connections, both direct and indirect, between observable oxidative stress and perhaps 200 human diseases involving these various physiological processes, each reflecting a network involving many gene products. The evolutionary self-association of these many genes under the common control of Nrf2 suggests that the immune and inflammatory systems may present the largest demand for increased antioxidant protection, apart from constitutive oxidative stress resulting from mitochondrial oxygen consumption for metabolic purposes. Gene expression microarray data on human primary vascular endothelial cells and on the SK-N-MC human neuroblastoma-derived cell line have been obtained in response to the dietary supplement Protandim, a potent composition of highly synergistic phytochemical Nrf2 activators. Pathway analysis of results shows significant modulation by Protandim of pathways involving not only antioxidant enzymes, but of those related to colon cancer, cardiovascular disease, and Alzheimer disease.

This research article details the relationship between oxidative stress and disease, and discusses the benefit of activating the Nrf2 system.